Posted on February 4, 2020 by Sandwich Climate

The Hummer was  symbolic of all gas guzzling behemoths and in time production ended. Now it is coming back as an all electric vehicle. Another symbol that big change is on the way. That symbolism was also played out in 2020 Super Bowl ads. 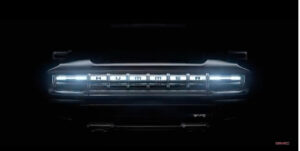 The New York Times reported: “Super Bowl ads featuring electric vehicles used to be rare. But this year, at least three car companies — GM, Porsche, and Audi — ran flashy commercials for new plug-in models. It’s a sign that a shift is underway as automakers try to persuade a skeptical public that electric vehicles really are the future.”

And this from MotorTrend:  “The Wall Street Journal reports that the new Hummer pickup could arrive as soon as 2022—just in time to do battle with Rivian’s luxe R1T, Ford’s workhorse electric F-150, and Tesla’s bizarro Cybertruck.”

We earlier wrote about Amazon ordering 100,000 electric delivery vans and a Michigan professor predicting that by 2025 — just five years from now — electric cars will be cost competitive with conventional gas driven cars.

So climate related innovations are arriving soon, let’s be sure towns in New Hampshire are in front of them and not left behind.