Posted on November 25, 2021 by Sandwich Climate

The redoubtable Rivian R1T, the first crusher in a coming wave of electric pickup trucks, can soar unscathed over gnarly boulders, hitch an 11,000-pound load and scorch 60 m.p.h. in 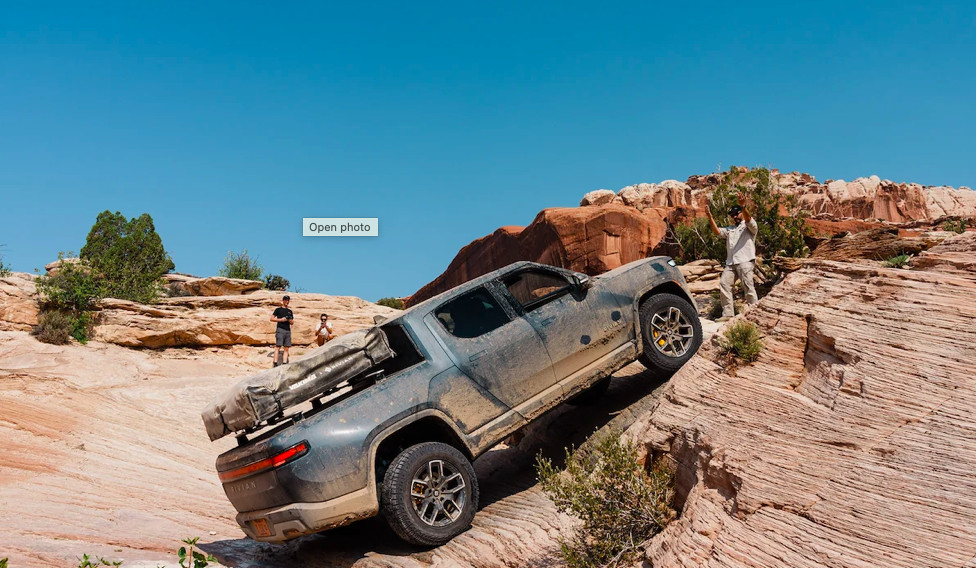 about 3.5 seconds. The truck brings everything and the kitchen sink, with outdoorsy options such as a rooftop tent and a track-mounted Camp Kitchen, which lets owners whip up a trail-side omelet and wash up afterward. And after its hot-starting initial public offering, Rivian is already valued at nearly $100 billion, more than such behemoths as Ford Motor and General Motors.

As we reported earlier, the EV revolution is here. This truck can do so much more than pickups on the road now. For example, it has an electric motor for each wheel taking all wheel drive to a new level and can automatically lower or increase the tire air pressure depending on terrain. The price is still high, but with competition on its way from Tesla, Ford and GM the prices will drop. Plus President Biden’s Infrastructure and the pending Build Back Better bills will help build out the infrastructure needed to power this revolution.