Need a job? Become an arborist

Posted on October 7, 2020 by Sandwich Climate 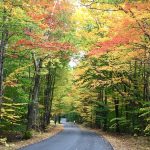 The New York Time reports that because of climate change and resulting distressed trees there is a need for more arborists in New England.

Kristina Bezanson of UMass Amherst, who is among those training the next generation of arborists, said she sees rising demand not just regionally but nationwide in the profession’s three principal sectors: commercial, municipal (also called urban forestry), and utility. Graduates specializing in arboriculture “have so many jobs waiting for them, they get to pick and choose,” Ms. Bezanson said. “I like to say they have a 150 percent job placement rate.”

One of the fastest growing areas has been utility arboriculture, which involves managing trees near power lines and other infrastructure. Philip Charlton, executive director of the Utility Arborist Association, said that his organization had grown from 2,800 to over 6,100 members in the last five years. The demand, which he said is outpacing supply, has been driven by regulations drafted after power failures, by storms, by fires and by pests.