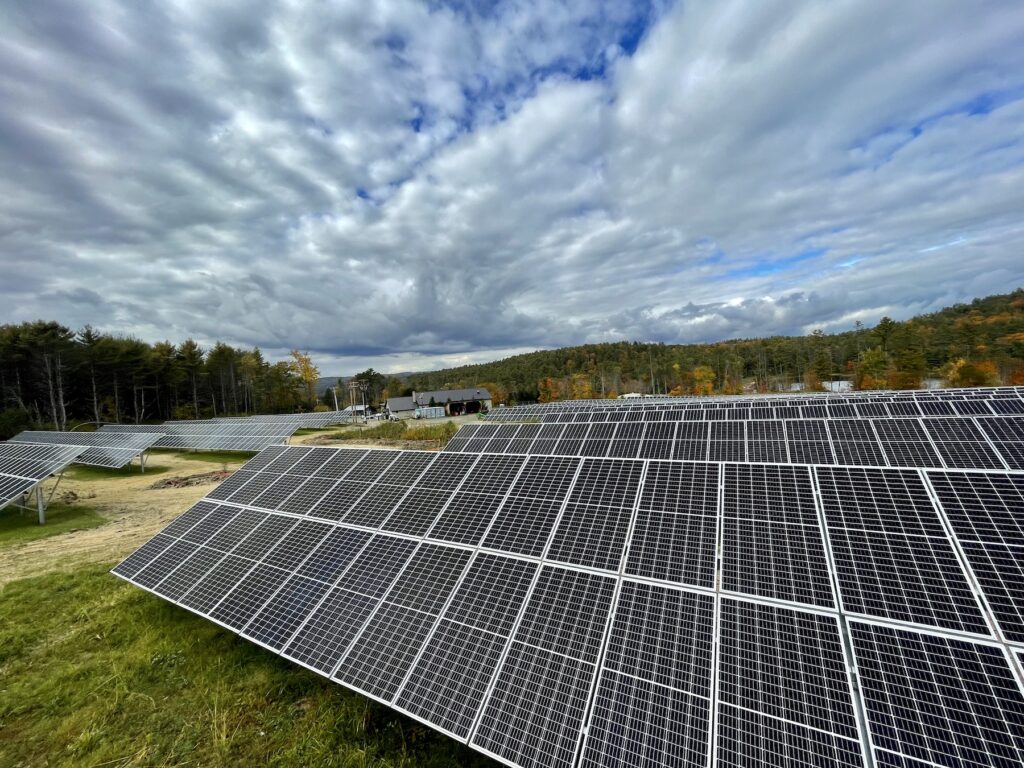 Hanover debuted a new solar array on Thursday that will produce enough energy to power almost all of the municipality’s electrical needs.

The array, which is on 8 acres, is made up of 4,560 solar panels that will generate 2 million kilowatt hours of electricity a year. That makes it the largest municipal solar farm in the state, according to ReVision Energy, the solar company that installed it.

This solar array is one step Hanover is taking to meet its goal of switching to 100 percent renewable electricity by 2030.

“In battling the impacts of climate change, communities need to be in a leadership role” said Hanover Town Manager Julia Griffin. “One very important component of that is solarizing the heck out of every possible rooftop, and to pursue at the Town level large ground-mounted solar arrays.”

The town of Sandwich, N.H. also has a goal of 100 percent renewable electricity by 2030 and its newly formed Energy Committee will be researching projects similar to Hanover’s as well  community power options like the one in Keene.