California to Phase Out Combustion Vehicle Sales by 2035

Posted on September 24, 2020 by Sandwich Climate 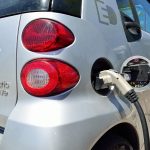 Transportation currently accounts for the largest source of emissions in the state, outpacing the industrial, agricultural and residential sectors combined.

“We’ve seen this show before, where California does something, and others jump on board,” said Karl Brauer, a veteran auto industry analyst now serving as executive analyst at the website iSeeCars. The auto industry is already embarking on a rapid shift toward autonomous vehicles and electrification, he noted.

No surprise, automaker and the fossil fuel spokespeople were not overjoyed by Newsom’s  edict.