Posted on December 25, 2020 by Sandwich Climate 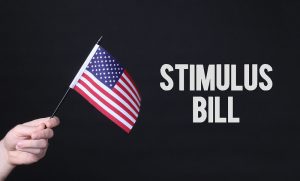 Photo illustration by focusonmore.com is licensed under CC BY 2.0

In what Senate leaders are hailing as the single biggest victory in the fight against climate change to pass the U.S. Congress in a decade, Democratic and Republican lawmakers approved bipartisan legislation that will dramatically reduce greenhouse gas emissions and further provide incentives for renewable energy developments.

It’s happening, in part, because, according to the Insider Clean Energy newsletter:

Support for clean energy is becoming less partisan, with more Republicans seeing the economic benefits of projects in their states or districts.

The latter is big for New England, because as Dan Gearino of Insider Clean Energy  points out, the tax credit could help advance the proposed offshore Vineyard Wind 1 project. Offshore magazine writes:

According to the company, the project is expected to power more than 400,000 homes and businesses in the Commonwealth of Massachusetts and reduce carbon emissions by more than 1.6 million tons per year.

Also in the bill, as we reported earlier, is a phase out of hydrofluorocarbons over the next 15 years. Inside Clean Energy writes:

an analysis by the Rhodium Group says will cut emissions equivalent to 900 million metric tons of carbon dioxide, more than the total annual emissions in Germany.

All of which is great Christmas Day news as long as a Grinch in the White House doesn’t torpedo it.