Last week marked another sign that big oil’s stand on climate change is faltering. This from the Washington Post: 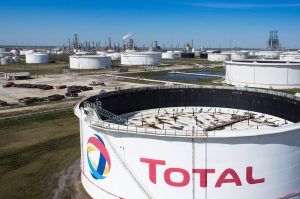 Total said it was acting in line with the 2015 Paris agreement on climate change and that it could not reconcile differences with API over carbon pricing, subsidies for electric vehicles and the regulation of methane emissions.

Total also criticized API for supporting candidates during the recent U.S. elections who argued against U.S. participation in the Paris agreement.

This entry was posted in Climate News and tagged American Petroleum Institute, API, End of Fossil Fuel, Paris Accord, Total. Bookmark the permalink.