Posted on February 9, 2021 by Sandwich Climate 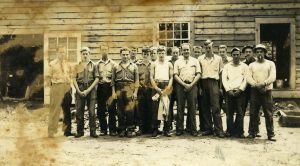 On January 27, 2021 President Joe Biden signed the comprehensive Executive Order on Tackling the Climate Crisis at Home and Abroad, which in Section 215 dictates that

the Secretary of the Interior, in collaboration with the Secretary of Agriculture and the heads of other relevant agencies, shall submit a strategy to the Task Force within 90 days of the date of this order for creating a Civilian Climate Corps Initiative…to mobilize the next generation of conservation and resilience workers and maximize the creation of accessible training opportunities and good jobs. 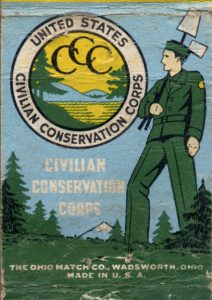 “Civilian Conservation Corps” by Olivander is licensed under CC BY-NC-SA 2.0

The new CCC shall :

According to a December survey from the Yale Program on Climate Change Communication, some 85 percent of Americans support reestablishing the Civilian Conservation Corps, though that survey didn’t mention anything about the climate. A different poll from Data for Progress last May found that nearly 70 percent of the public supports the idea of a new, climate-focused corps. Even a majority of Republican voters, 62 percent, liked the idea.

The site adds that the original CCC:

employed 3 million men from 1933, in the depth of the Great Depression, to 1942, after the country had joined World War II. Lasting reminders of the CCC are all around us. Go into a state park or national park anywhere in the country, and you’ll likely see buildings, trails, and hiking shelters built by the program’s volunteers.